Trinity PR has today (Monday 13 October) launched new survey results on behalf of the Dyspraxia Foundation highlighting the impact the condition has on its teenage sufferers. The nationwide poll commissioned by the charity reveals  the emotional impact of dyspraxia  is far greater in this specific age group (13-19 years) than the more obvious problems with co-ordination or motor skills, often associated with younger children when the condition is first recognised. 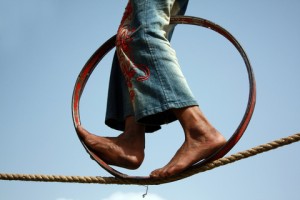 Dyspraxia, once cruelly referred to as ‘clumsy child’ syndrome, is a form of developmental coordination disorder (DCD). While DCD is often regarded as an umbrella term to cover motor coordination difficulties, dyspraxia refers to those people who have additional problems planning, organising and carrying out movements in the right order in everyday situations.

Experts from the Dyspraxia Foundation suggest that in practical terms, life in a secondary school environment – particularly for those who had recently made the transition from a more protected and ‘cosier’ setting of primary school – presented a series of problems that many children of a similar age might take for granted.

The charity is focusing on teenagers for its 2014 Awareness Week (12 – 18 October) and will be introducing a new Teenage Information Officer, who will be available to offer advice for young people experiencing any difficulties associated with dyspraxia and share info via social media networks.

The campaign has also drawn support from Children and Families Minister Edward Timpson who commented; “No child should suffer from anxiety or bullying – and our reforms will help ensure children with dyspraxia get the support they need. Schools should now be clear about the measures they should take to prevent children and young people with special education needs and disabilities (SEND) being bullied. The changes brought in by our SEND reforms put the individual needs of each child at the centre of a more simple and joined up system that focuses on helping them to achieve their best.”