Trinity PR attended an evening reception at the House of Commons with Public Health Minister Jane Ellison as she congratulated the drinks industry on the success of the ‘Billion Unit Reduction Pledge’. The industry has removed 1.3 billion units of alcohol from the UK market, as part of this pledge and the Government’s Public Health Responsibility Deal.

A range of innovative products now available in the market were showcased at the reception, including a selection of lower-strength alcohol beers, such as Guinness Mid-Strength, Fosters Radler and Adnams Sole Star, together with examples of non-alcoholic beers, such as Becks Blue, Cobra 0% and San Miguel 0%. 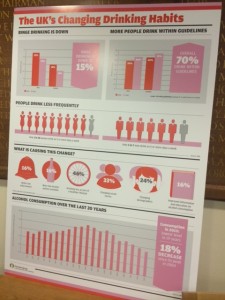 “It’s great that the British Beer & Pub Association has made progress by removing over a billion units of alcohol from the market over two years. By promoting house wine at a lower ABV of 12.5% as standard, a healthier option is becoming more popular, and we are helping people who want to reduce their alcohol intake whilst still enjoying a drink.” 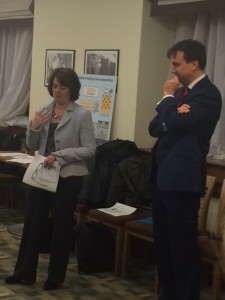