With the festive season looming, this time can either be a blessing or a curse for many couples trying to conceive.  Dr Venkat from The Harley Street Fertility Clinic, was keen to explain that stress is often a key hindrance for couples trying to conceive. Britain has a stress problem.  In fact recent statistics have revealed that up to ½ million people in the UK have work related stress often resulting in illness[1].

In conjunction with a variety of other illnesses that stress can catalyst, it is widely considered to be one of the main causes of ‘unexplained’ infertility.  With a staggering one in six couples in the UK experiencing fertility difficulties, stress as a mental health issue needs to be taken seriously urges Dr Venkat, Director of Harley Street Fertility Clinic.

She comments; “At a very basic level, stress seriously hampers ovulation and no amount of sperm will make a difference if the woman’s body hasn’t released an egg waiting to be fertilised.”

What happens inside a woman’s body when she is stressed begins in an organ the size of a chickpea on the lower side of our brain, the pituitary gland, responsible for ovulation.  The pituitary gland needs to communicate with a woman’s ovaries by sending hormones through the bloodstream – first the hormones that cause the egg to mature, and then the hormones that trigger ovulation. However, stress can cause other hormones, such as cortisol or epinephrine, to be released in the brain, which play havoc and hamper this natural cycle. This can stop ovulation altogether or have a significant impact on the regularity of a woman’s cycle which makes ‘planning’ very tricky.

Stress however doesn’t just impact female fertility it has also been shown to significantly lower semen quality.  In fact a recent study by The American Society for Reproductive Medicine found that men who experienced two or more stressful life events in the past year had a lower percentage of sperm motility and a lower percentage of sperm of normal morphology, compared with men who did not experience any stressful life events. Interestingly enough these findings remained even after accounting for other factors that may influence semen quality, such as age, other health problems and history of reproductive health problems.[2]

Although easier said than done it’s important to realize the impact stress can have on your general health and to find solutions to help you manage your condition. 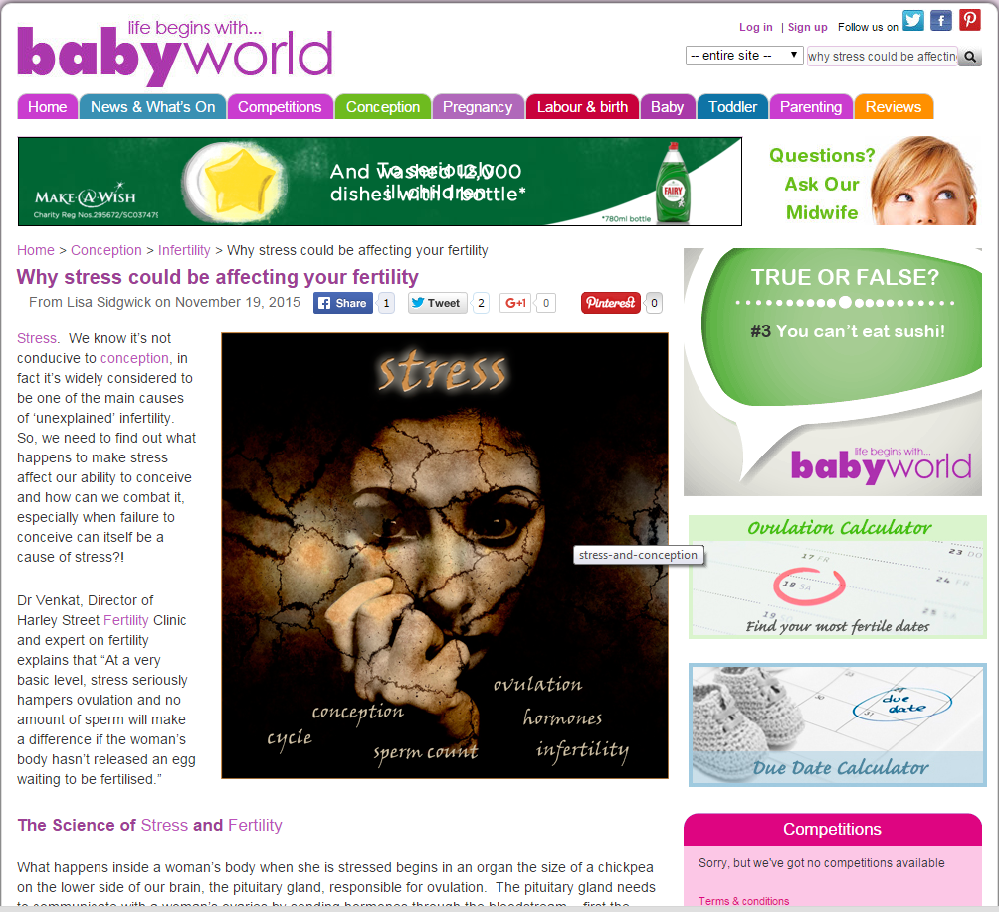