The Cancer Drugs Fund Panel (CDF) announced its decision to approve Abraxane® (Paclitaxel Albumin), for inclusion on the list of cancer drugs that are made available on the NHS prior to an assessment by the National Institute for Care and Health Excellence (NICE). http://www.england.nhs.uk/wp-content/uploads/2014/03/abraxane_pan-mar14.pdf

Abraxane (in combination with standard gemcitabine) has been found in clinical trials to extend a patients’ life for on average 2 months – with some patients living significantly longer. 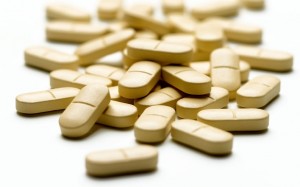 For patients with advanced disease the potential to extend their life, even by just two months, represents a substantial advance from the current position. Pancreatic Cancer UK’s Two More Months campaign highlighted the importance of what this extra time would mean to patients and their families.

Ms Alex Ford, Chief Executive of Pancreatic Cancer UK comments: “We are delighted by the Cancer Drugs Fund’s decision to include Abraxane on its list of approved drugs. This will make a real and tangible difference to the lives of patients with pancreatic cancer as well as their families and loved ones.

“However, whilst extremely welcome, the CDF decision is only a stop-gap until NICE makes a more permanent appraisal decision in 2015. Moreover, the CDF only covers England, so patients in Scotland, Wales and Northern Ireland will have to wait for separate funding decisions being made in those countries – time which many patients simply do not have.

“Pancreatic Cancer UK will continue to run its Two More Months campaign – an emotive campaign launched earlier this year, which, as well raising widespread awareness and capturing the attention of the national and regional media, also encouraged many of our supporters to contact and lobby their MPs ahead of this decision. The campaign clearly had a positive effect on the CDF outcome, and we are thankful to all those who got involved. Now, as a charity that prides itself on “being the voice” of our supporters, patients and their families, we will continue to put pressure on key decision makers until all patients across the whole of the UK have access to this extremely important drug.’’