Trinity PR (TPR) worked with the internal marketing team at Omnicell to develop a campaign ‘Let’s Take Care of It’ to highlight and help tackle the issue of medication non-adherence. The campaign coincided with a first of its kind ‘National Medication Adherence Week’ (16th to 23rd October 2015).

Non-adherence to medication is still a serious public health issue which has vast costs, both in terms of money, but crucially patient and family lives. Public Health Secretary Jeremy Hunt recently quoted the cost of medicine wastage at a staggering annual £300 million in the UK alone.

As part of the campaign, TPR commissioned a hard-hitting media report ‘The True Cost of Medication Adherence’ authored by national health journalist Pat Hagan.  The launch of the report gained widespread branded coverage across media including trade, regional and broadcast (see reach below).  We supported the report launch with a morning of down-the-line radio interviews using Omnicell’s managing director Paul O’Hanlon, together with an independent pharmacist, Ashley Cohen as key spokespeople.  The audience reach alone for the radio interviews topped 1.1 million.

Visitors to Omnicell’s stand at the Pharmacy Show were also invited to become engaged in the campaign by signing up to an online pledge wall (http://www.letstakecareofit.com/pledge/).

TPR also organised a key opinion leader roundtable debate at the Show in conjunction with Independent Community Pharmacist Magazine which saw 8 industry figures debate the issue and discuss long-term solutions to the problem.  This has now been written-up by the magazine into a double-page editorial feature. 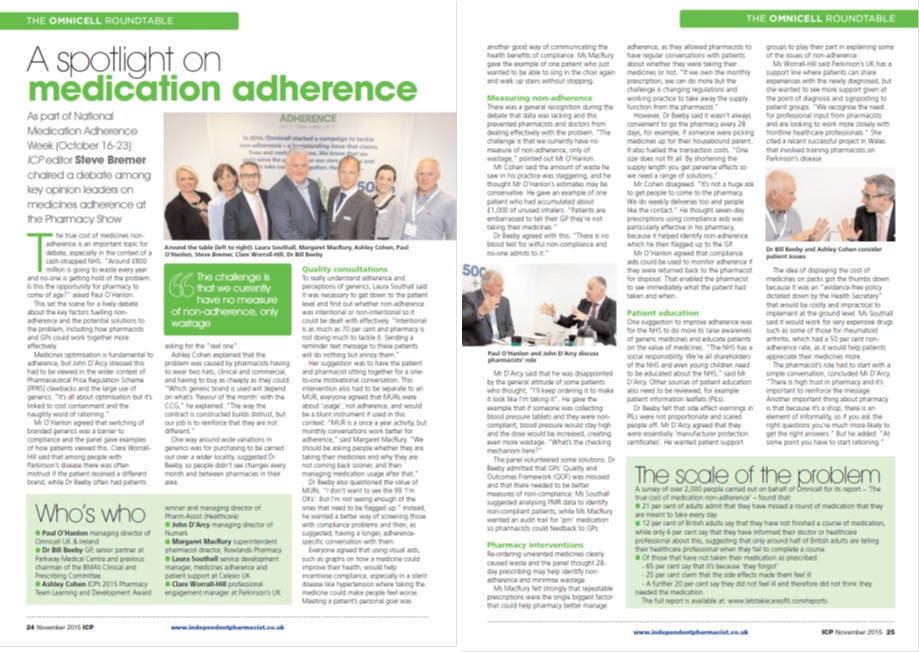 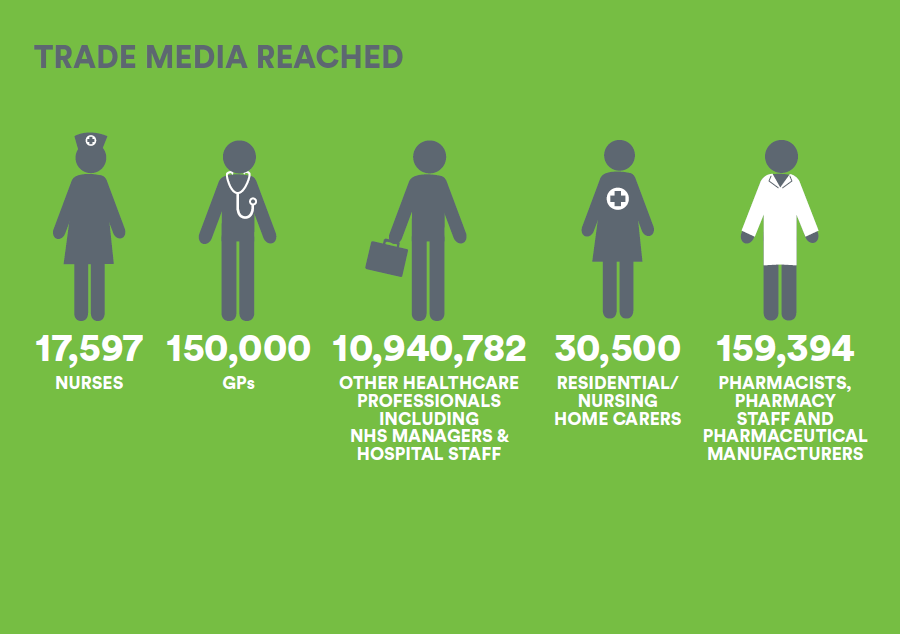